It is getting dark again. I was gone in Chicago for a few days at the beginning of the month and I came back and it seemed all the daylight had fled in those few short days. Some days it is hard to wake up knowing that daylight is fleeting, and even harder when you know each day you lose a few precious seconds.

I took Latin in high school. I was not very good at it, but I loved that the ancient language felt like unlocking a mystery. Each new word I learned had somehow evolved and changed until it became a word we use today. For example, “video” means “I see.”

My senior year of high school I somehow stumbled upon a phrase that is also the state motto of Kansas, “ad astra per aspera.” Aside from being beautifully alliterative and poetic in sound, the meaning is even richer: to the stars, through difficulty. 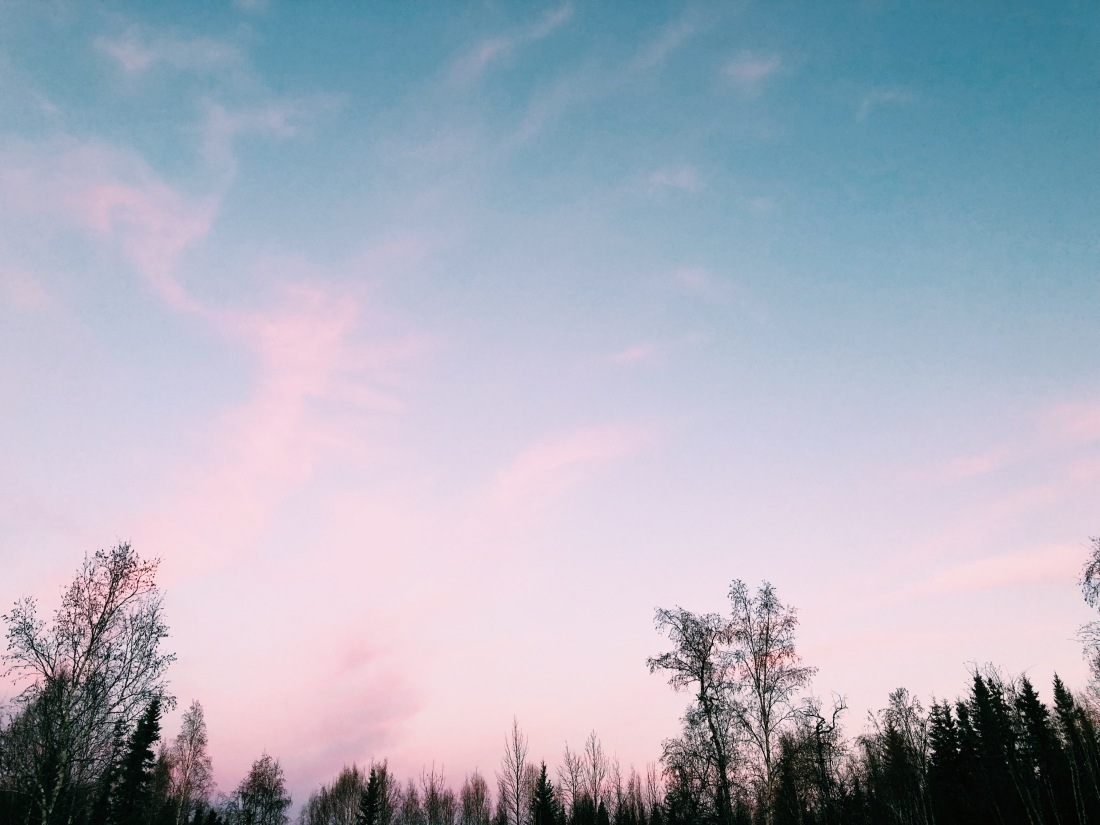 Seeing the Northern Lights (or Aurora Borealis) was never a huge bucket list item of mine. They were a bit of an afterthought to me, until one morning during our first winter when I was headed out to school I looked up and saw a purple and green line slowly moving through the sky in a dream-like trance. A few more sightings of the elusive lights drew me more and more to them. I liked that they were unpredictable and showed up on their own terms. More accurately, they were always there, but their visibility was a matter uncontrollable to man. The Aurora is only visible in darkness, and the darkness increases your chances of seeing it.

Darkness and difficulty are fickle friends who often don’t feel like friends at all. But they also bring us to the stars. If I weren’t willing to bundle up and stand on my porch in -30 F temperatures I’d never know the living poem of the Aurora lighting up the sky.